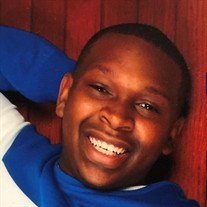 On November 3rd, 2018, Detectives were notified that one of the victims had died while receiving continued medical attention in Otsego County.  The victims’ body was transported to the Onondaga County Medical Examiner’s Office for an autopsy.  The autopsy recently determined that the victim died of complications from the injuries he receiving after being shot in March, and this incident is now being investigated as a homicide.

The victim has been identified as Nyle Baxter-Bradwell, 24 years old, of Syracuse N.Y.

Anyone with information is asked to contact the Syracuse Police Department Criminal Investigations Division at (315) 442-5222.  All calls will remain confidential.  Anonymous tips may also be submitted using the “SPD Tips” app. or called in to the Homicide Tip Line at (315) 442-5223.