As a body of men and women of color employed as criminal justice practitioners, the members and Board of Directors of the National Association of Black Law Enforcement Officers, Inc. (NABLEO) have, since their inception, consistently taken an active stance against racially discriminatory practices in law enforcement, and other instances of social injustice that bring both division and discredit to our chosen profession, and has continually sought to create stronger, positive relationships between law
enforcement and the community it serves, seeking to make the administration of justice more even-handed. 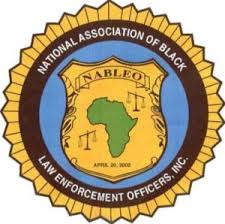 We have often been tasked with the necessity to support the activities of well-known, community-respected officers. Those who have shown that there can be a distinct and specific difference in the way that men and women of our profession interact with the residents of the various communities of color that we are sworn to protect, have always been deserving of our attention and support. The community activities of Syracuse Police Officer Brandon Hanks have, in fact, garnered praise and commendations from Mayor Ben Walsh. Even the police chief, Kenton T. Buckner, in his own words considers Officer
Hanks as “an asset”.

Thus it is with a strong sense of incomprehension, anger and disgust that after having been disciplined once verbally for a social media post which included rap music in the background from an outside source, Officer Brandon Hanks was later disciplined a second time in writing for the same incident. After initially being notified of his social media post in question, Officer Hanks took ownership for the incident, removed the post and accepted his initial verbal reprimand. Once Officer Hanks filed a Notice of Claim against the Syracuse Police Department, for a systemic pattern of racial discrimination in employment opportunities based on race, his department retaliated against him by disciplining Officer
Hanks a second time for the same incident he had already received disciplinary action for.

Officer Brandon Hanks, who has been such a stellar officer during his short four year tenure, received a recommendation from his Lieutenant to be assigned to the department’s prestigious Gang Violence Task Force. In attempts to exclude Officer Hanks from the all-white male unit, its members conspired to defame Officer Hanks’ good name, character, and reputation, by making unsubstantiated characterizations of Officer Hanks being a gang member, gang affiliated, narcotic trafficker, involved in illegal activities and listening to rap music. These actions can only be viewed as an act of active, overt,
and systemic racism against an officer of color. This blatant assassination of Officer Hanks’ character has far reaching effects regarding promotions, assignment to specialized units, employability and his integrity coming into question for purposes of testifying in court.

As a premier national organization representing the interests and concerns of African American, Latino and other criminal justice practitioners of color serving in law enforcement, corrections, and investigative agencies throughout the United States, and the communities in which they serve, we find it to be abhorrent and unfortunate that the administration of the Syracuse Police Department has chosen to double-discipline a well-respected, well-known Black officer based on an obvious, and very blatantly,
trumped up set of charges that have been presented simply and solely to keep a Black face from serving in a prized position.

These unsubstantiated, highly defamatory claims appear to be nothing less than a deliberate attempt to sully his name, character and reputation which has a direct impact on his upward mobility, lateral assignments and now adversely impacts his ability to testify in court. The charges themselves would seem to indicate to any ordinary person that there are, indeed, other motivations besides maintaining department discipline involved. Listening to rap music is simply not sufficient or ample grounds for
discipline in any professional law enforcement setting, and should not be used as a measure of someone’s character. Listening to rap music is, in fact, an everyday occurrence in communities of color across the nation.

The National Association of Black Law Enforcement Officers, Inc., our Board of Directors, and our nearly 9,000 members across the nation will continue to closely monitor the discriminatory practices and procedures as they relate to Officer Hanks, and will take any necessary actions needful upon their conclusion.

The National Association of Black Law Enforcement Officers, Inc., a 501.(c).(3) non-profit, is a premier national organization representing the interests and concerns of African American, Latino and other criminal justice practitioners of color serving in law enforcement, corrections, and investigative agencies throughout the United States, and the communities in which they serve