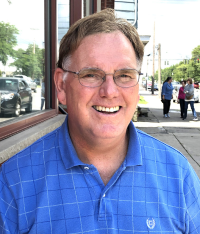 The libraries in the City of Syracuse have not been fully open since the beginning of the pandemic, writes Legislator Kinne. His district includes the Valley, Strathmore neighborhoods of Syracuse as well as Solvay, parts of the Towns of Onondaga and Geddes.

Public libraries are fundamental resources and institutions in communities. They are as important as post offices and grocery stores. They are so often taken for granted.

In March last year, we lost so much of what we take for granted as the COVID-19 pandemic halted so much of public life. More than a year later, there is no excuse for all libraries across Onondaga County to not be open and accessible at least at pre-pandemic levels.

City of Syracuse libraries has been hardest hit by layoffs and continued furloughs of critical part-time staff. This comes at a time when it was recently announced that the County that operates them has $142 Million to spend on everything from building a new sports complex to improvements to the Oncenter.

I began advocating for the full re-opening of city libraries in the fall. Now we continue to hear repeated calls from the public for libraries to return to full capacity, including those from business owners who need library access to contribute to the economy.

Libraries are for everyone, yet somehow they are the first and most heavily cut when we are afraid we may be falling on hard times. Now, with public health and financial restrictions under control, we must re-open our libraries.