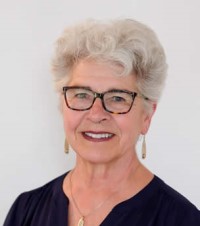 County Executive McMahon’s strong leadership during this national health crisis has led Onondaga County through this pandemic and we are now emerging into our new normal. He was clear and transparent in issuing executive orders, ordering citizens to remain at home, to wear masks, observe social distancing, etc.  It was exactly the kind of leadership that is needed in a crisis. Governing, however, requires a different type of leadership.

The Legislature is a separate branch of local government which is not to be a rubber stamp for the Executive. The discussion that occurred in the Legislature was robust and detailed. When considering adding a regressive tax on an essential service, it would be a dereliction of duty not to do so. The discussion recognized that we are in the midst of a pandemic where so many of our citizens are struggling to make ends meet, and many of the unemployed are still awaiting their unemployment checks from last March.

The poor would be the hardest hit by this tax and while Mr. McMahon indicates that people who qualify for HEAP would not be impacted, he neglected to note that HEAP often runs out of money before funding those who are eligible. In addition, it is possible to live in poverty and not reach the income guidelines to qualify for HEAP.

Another point he missed was that the PSC has recently approved a rate hike for National Grid which will also hit all households in addition to this tax.  What the Legislators in fact asked for was greater transparency from the County. Mr. McMahon has said that they have already cut 25 million dollars from the budget but we don’t know where this came from. County Legislators have asked to see an overall plan for how we will address this fiscal crisis.

Additionally, there was no opportunity for the public to be informed about this or have their voices heard. Being an elected representative, I believe I have an obligation to be their voice and I and other Legislators heard from scores of constituents. So if there needs to be cuts, where will they come from? Mr. McMahon talks about staff cuts…..which staff? Line staff? Political appointees? We need to know these things. Perhaps when we are shown the “big picture” we will agree that an energy tax is necessary, but if we are going to ask the most vulnerable to shoulder the burden of tax, we should lead by example and consider a 10% pay cut for the Executive team and for Legislators.

While we await this plan, there is a role for citizens who should be calling and writing their Federal Representatives demanding that the States and Localities be made whole.  Our County did an amazing job of bending the curve under the leadership of our County Executive, following the guidelines set by CDC.  That cost a lot of money and a massive loss of revenue as people were told to shelter in place. Our County budget relies on sales tax and no one was buying much over these last many months. So, this fiscal crisis is real and must be dealt with but not reflexively. There must be a clearly articulated plan that is transparent, not only to Legislators but also to those for whom we work – the citizens of Onondaga County.