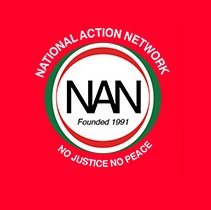 We hold those who incite/and promote bullying, harassment and racial discourse in our police department accountable for this overt racism. Officer Brandon Hanks, just as every officer risks his life every day to keep us safe!

We also call for an end to the bullying and intimidation tactics of the Syracuse Police Department that have been expressed within black community and toward black officers that often leads to them being criminalized by the very institution they serve. 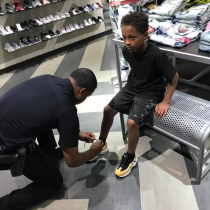 Officer Hanks and child in photo from the CBS Evening News. Hanks brought positive national attention to the SPD

It is our position that the SPD has a culture of entrenched racism that includes racial slurs, frivolous investigations, and vicious comments about Black people and open hostility directed towards black officers and members of the public.

As police forces across the country are working with intentionality to diversify amid the concerns over racist policing, officers of color have often reported they have encountered hostility and discrimination.

The Syracuse Chapter of the National Action Network will not tolerate his superiors putting suspicion on his background, trolling his social media posts, labeling Officer Hanks as “gang-affiliated” and a narcotics trafficker. We will not stand quietly while the Syracuse Police Department criminalizes him because he listens to rap music.

This must end now!
No Justice, No Peace!