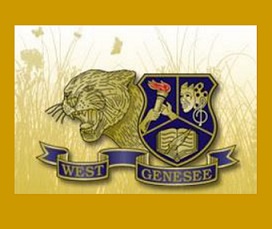 ALBANY, NY (03/24/2017) (readMedia)– William Davern, director of fine arts for the West Genesee Central School District, has been selected for the 2017 Outstanding Educator Award by the School Administrators Association of New York State (SAANYS). This award is given annually to a SAANYS member who has made outstanding contributions in New York State schools through public education, professional organizations, or research and/or writing in the field of education.

Well known as an energetic and passionate leader for the arts, Davern led the curriculum redesign and growth of the music, visual arts, and dance programs for West Genesee’s 3,500 fine arts students. Specifically, Davern worked tirelessly to revitalize the West Genesee music program that had been experiencing declining enrollment. Through his efforts, the program has since rebounded and now serves 30 percent more students within the district. A testament to his passion, this past spring he had the privilege to lead a 630 member alumni marching band in the town’s annual Memorial Day parade, for which many past students traveled from across the country to participate! Commented Camillus Middle School Principal Beth Anne Lozier, “The pure force of his nature and energy for his work are just that visible to all of us who have the privilege to work with him. Bill’s outstanding leadership is rooted in his passion for excellence, razor-like focus on our district’s vision, combined with a collaborative approach.”

Davern is recognized as a leader among his peers, taking numerous leadership roles within the West Genesee Administrators Association. Davern was also recognized as Citizen of the Year by the local Camillus Chamber of Commerce, was the first recipient of the Syracuse Area Music Awards for Lifetime Achievement in Music Education, and was inducted into the NY Field Band Conference Hall of Fame. Commented West Genesee High School Principal Barry Copeland, “Bill’s leadership has resulted in numerous and highest level of local, state, and national accolades reflective of distinguished achievement in music and all the arts. I would rank Bill in the top one percent of all educators and administrators I have ever worked with regarding talent, knowledge, service, integrity, and dedication.”

Davern will be honored for his accomplishments at an awards ceremony on May 5 at the Century House in Latham, New York.