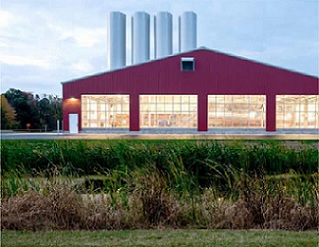 Governor Andrew M. Cuomo announced $2 million in state funding to support the construction of a new 30,000-square-foot WNY Cheese Enterprise, LLC facility in Livingston County. The $49.7 million production facility will be part of an innovative collaboration between Craig’s Station Ventures, Denmark-based Arla Foods, and Dairy Farmers of America, a national, farmer-owned, dairy cooperative in the United States with headquarters in Kansas City, Missouri and Syracuse, New York. The facility will create 30 new jobs and is projected to produce approximately 15 million pounds of cheese annually, which will then be transported and packaged for retail sale.

Empire State Development will provide more than $2 million in funding to support the $49.7 million project, including a $1.3 million Upstate Revitalization Initiative Capital Grant. Additionally, up to $700,000 will be awarded in performance-based Excelsior Jobs Program tax credits in return for 30 new jobs. The project is also made possible by a $506,000 Community Development Block Grant from New York State Homes and Community Renewal, which was awarded to Livingston County.

Empire State Development President, CEO & Commissioner Howard Zemsky added, “Agribusiness is a crucial part of the Upstate New York economy and this new manufacturing facility and the innovative collaboration it will house, will be a big boost to area dairy farmers looking to grow their businesses and create jobs.”

The new agriculture collaboration taking place at the cheese production facility will include DFA managing operations and holding a controlling stake in the venture. Additionally, Arla will have a 20 percent stake in the facility and will market cheese produced in Livingston County. Craig’s Station Creamery, a collaboration between DFA and Craig’s Station Ventures – a partnership of eight Livingston and Wyoming county dairy farms – will hold the remaining stake in the enterprise. In total, these local farms are expected to supply over 16 million gallons of raw milk each year. Construction of the new facility is underway and is expected to be completed by the end of 2017.

Craig’s Station Creamery General Manager, Brian Paris stated, “As a lifelong resident of this area and 30-year veteran of the dairy business, it’s a real honor to be a part of developing this new production facility. We have a tremendous opportunity to not only positively impact the dairy farmers in this area, but also the local community.”

FLREDC Co-Chairs, Monroe Community College President Anne Kress and Wegmans Food Markets CEO Danny Wegman, adding to the accolades, “The FLREDC is committed to supporting partnerships like this one in an effort to grow jobs. Agriculture is an important industry and a key driver of our regional economy. Efforts such as this create solid opportunities for farmers, shaping the future of the region’s agricultural industry, helping to ensure its vitality for years to come.”

Agriculture is one of the strategic industry sectors championed by the Finger Lakes Economic Development Council (FLREDC) through the Finger Lakes Forward initiative. It was last December that the region’s plan was chosen as one of the winners in the Governor’s $500 million Upstate Revitalization Initiative competition.