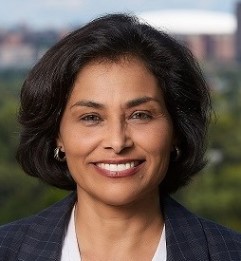 “What happened” is exactly what many people active in Central New York’s politics wondered as they were gobsmacked, when Juanita Perez Williams entered the race for the nomination. Why this sudden change of face.

Allegedly, Democratic Party operatives from outside the Central New York area are directing this operation. These operatives have enlisted an army of paid personnel to descend upon the African -American community, in a last minute military style offensive to force a primary battle for the nomination.

who’s behind this sudden activity against Balter has been open to speculation; Fingers are pointing towards the Democratic Congressional Campaign Committee (DCCC) .

This is ironic, since it comes shortly after Dana Balter obtained support of Democratic Committees from 4 counties that make up the 24th Congressional District.

Community Activists, especially Progressives aren’t happy with the new developments. One African-American activist who wishes to remain anonymous said, “After she lost the mayoral race, she disappeared, now she’s back like this and we ain’t feelin’ it”.

A Coalition of Progressives has released a statement condemning actions of those seeking to meddle in local Democratic Party decisions. Joint Statement Grassroots Coalition for NY24

There’s a definition that fits a person when they transition from donating, petitioning and schmoozing, to being a political opponent in quick fashion. It’s called being two-faced, double-dealing, and false; having two faces. That’s what happened.