“Obama catches mad cow disease after being caught having relations with a Herford,” he wrote. “He dies before his trial and is buried in a cow pasture next to Valerie Jarret…” Carl Paladino ― the New York co-chair of President-elect Donald Trump’s campaign

In an email to alternative newspaper Artvoice, published two weeks ago, Carl Paladino ― the New York co-chair of President-elect Donald Trump’s campaign and a member of the Buffalo Board of Education ― provided this response to a question about what he’d “most like to happen in 2017.”

“Obama catches mad cow disease after being caught having relations with a Herford,” he wrote. “He dies before his trial and is buried in a cow pasture next to Valerie Jarret, who died weeks prior, after being convicted of sedition and treason, when a Jihadi cell mate mistook her for being a nice person and decapitated her.” (She is not dead.)Valerie Jarrett, who is black, is senior adviser to Obama.

Paladino was then asked what he’d “like to see go away in 2017,” Paladino turned his vicious verbal attack to the first lady.

“Michelle Obama,” he wrote. “I’d like her to return to being a male and let loose in the outback of Zimbabwe where she lives comfortably in a cave with Maxie, the gorilla.”

Once Paladino’s remarks were made public, he insisted that they had “nothing to do with race.”

Paladino’s response has caused political tremors, not just in the City of Buffalo. The bombastic opinionated former candidate for Governor is causing problems for the Republican Party and President- Elect Donald Trump. 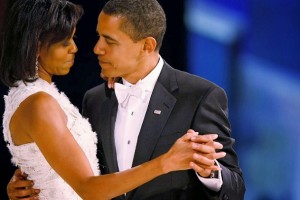 In response to Mr. Paladino’s written comments, the NAACP Legal Defense and Educational Fund, in a letter to the New York State Education Department, called for Paladino’s “swift removal” from the Buffalo school board.

“Mr. Paladino’s race-based assessment of President and Mrs. Obama’s qualifications cannot be reconciled with his mandate to ensure that all of the children of Buffalo receive a quality education,” wrote Janai Nelson, associate director-counsel of the NAACP Legal Defense and Educational Fund. “To the contrary, Mr. Paladino’s racist tropes can and will have an especially insidious impact on Buffalo’s children of color, who will be expected to accept that someone who is entrusted with their educational development links blackness to inhumanity.”

And for those looking for examples of racism and hate speech; look no further than the aforementioned incendiary remarks from Carl Paladino.