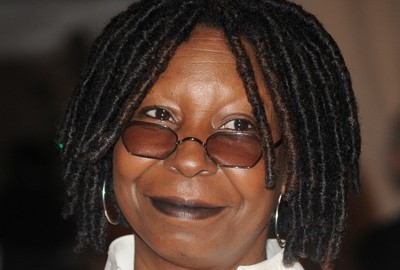 The annoyingly amoral Whoopi Goldberg is at it again, with what seems to be her mantra: “You can do whatever offensive thing you like, as long as you’re famous.”

First, there was the defense of a “comedy performance” (reportedly conceived by her) featuring her then-boyfriend Ted Danson wearing blackface in 1993. Then in 2009, she stood up for Hollywood director Roman Polanski, who’d been convicted of sexually assaulting a 13-year-old girl. In that case, Whoopi seemed to make a distinction between “rape” and “rape-rape”, as if there is a difference. The latest beneficiary of Whoopi’s unbelievably apologist streak is Mel Gibson, the actor who seems to dislike every ethnic group other than his own.

By now, most of us know about “Mel Gibson telling his child’s mother that she deserves to be raped by a “pack of ni**ers” for being dressed too scantily clad. That story is old news by now. The new development is that Goldberg has chosen to be the only prominent Hollywood figure to publicly come to Mel Gibson’s defense to date by stating that she “knows” that Gibson is not a racist.

Goldberg mentioned that Gibson has come to her house and played with her kids, and that they’d had a long friendship. Whoopi seems to enjoy bragging about how many famous friends she has, and appears to argue that their fame automatically makes them into good people, no matter what ridiculous thing they’ve done. Goldberg seems to want to assume a role for herself as ambassador for black America and the one-woman confessional booth for any bigot or child molester hoping to seek forgiveness.

One of the things that Goldberg doesn’t understand about racism is that Gibson having played with Whoopi’s kids doesn’t mean that he can’t have a serious issue with black men. His comments about “being raped by a pack of ni**ers” seems to imply that being raped is not enough. His comment also suggests that a pack of black men would be more likely to want to assault a woman and that the assault would be more brutal than one committed by a group of white males. Therefore, without any reasonable doubt, Gibson perceives black men to be more violent, savage and criminal than white males. So Whoopi Goldberg must understand that Mel Gibson playing with her kids means almost nothing.

What exactly would Gibson have needed to say or do to his girlfriend in order for Goldberg to have a problem with it? Not only is Whoopi’s quick road to redemption offensive to people of color, it is also offensive to women across America who’ve known the atrocities of rape and domestic abuse up close. Anyone listening to that audio recording could hear the abuse in Gibson’s voice, and a show that appeals to so many women should be more conscientious about how its hosts respond to this kind of behavior.

Goldberg apparently isn’t the only host of The View to say things that are borderline disgraceful for the network. “Ad hoc CDC scientist” Sherri Shepherd recently stated that HIV is being spread mainly because black men are sleeping with other men in private. I have a suggestion: Perhaps The View can find another black host or hostess (not another comedian) who can provide balance and responsibility in their comments, especially on issues of critical importance to our country. The fact that four modestly-educated people get together at a table and impact our nation’s perspectives on very serious issues without consequence is just downright scary.

Dr. Boyce Watkins is the founder of the Your Black World Coalition and the initiator of the National Conversation on Race. For more information, please visit BoyceWatkins.com.