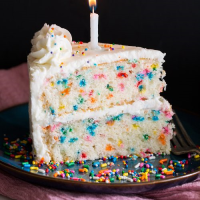 If I’d been out till quarter to three
Would you lock the door
Will you still need me, will you still feed me
When I’m sixty-four”-  The Beatles 1967

It seemed like only yesterday when those lyrics were like something long, long away destination, a pop ditty that I’m sure wasn’t taken seriously at the time. For the Beatles, 64 was a long time in the future; the song was released in 1967. However, the future is now. I’m now 64 and at this age everything in my childhood school delivered Weekly Reader has become reality.

The home of the future is like a cartoon for example, The Jetsons, instant food an automated home, instead of Rosie the robot there’s “Alexa”. George Jetson worked from a home office via his big screen, speaking with his boss, sound familiar?

Many of the concepts that we dreamed about are now reality. Dick Tracy’s watch? The communicators on Star Trek? Landing a man on the Moon. The concept of a spaceship that’s reusable, an International Space Station? The Internet: a method of digital communication that would change how we speak with each other. Those were all ideas that were floating around when we were children. Now, I find myself at 64 and realizing these are now part of our present-day reality.

Growing up in the 1960’s was a tail of dueling stories. We were segregated, our schools, our neighborhoods, there were places you dare not be caught alone in. We had to live the history that many are just now reading about. The role our Interstate highway system would play in the lives of Black people. The every-other-year trip south to visit relatives. The early days before the completion of the interstate, having to travel a specific route and get gas at stations that were predetermined.

Remembering Dr. King, not as an icon but as a person. Growing up in the shadow of the Vietnam War, the Syracuse University led protests down Harrison street to the War Memorial, the candlelight vigils. As I grew older there was a recognition that we were living the history to be written about. Being among the first wave of students bussed in Syracuse. The change from walking to school to taking a bus to a place you were forbidden to walk in.

And television; whenever a Black person was on television back in 1966, there was a chain of calls alerting the next that James Brown, The Temptations or The Supremes were on Ed Sullivan.  Before Black Entertainment Television, before Oprah, before Tyler Perry.  Moms Mabley, Redd Foxx, Flip Wilson, and Bill Cosby, were comedians of the day and then came Richard Pryor.

Syracuse had a booming downtown. It was magical at Christmas time, that’s before the exodus to suburbia and the decline of the city’s tax base. Our parks were busy in the summer. Between 10 am and 2 pm there were craft programs in the parks there were even plays performed by children. Grace Episcopal Church and University Methodist Church had programming that included playing games and keeping us kids busy and out of trouble.

And our neighborhoods. My home on Harrison Street was complete with tall Dutch Elm trees that formed a huge canopy over the street. The disease came and the city had to cut down numerous trees and then embarked on an aggressive mission to replace them with new trees. Syracuse University and investors were slowly pushing families out of the immediate neighborhood. And of course, you can’t go down memory lane without a highway destroying the neighborhoods. What Interstate 81 started, Urban Renewal finished off.

Now, our city is rebounding. Our region is changing from an area heavily dependent on factory labor to a service economy. What’s left of the massive pollutants poured into Onondaga Lake are now capped with sand, not unlike some of our neighborhoods. The highway is coming down and like Cicadas, Urban Renewal type initiatives are waking from their slumber.  Instead of being children, now we are becoming the elders. As I reflect on life, birthdays, and the future It’s difficult to believe this is not a cycle repeating itself.