Large field of candidates; including a well-funded Independent, can produce unexpected results 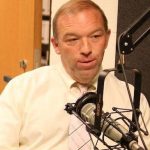 Candidates have started positioning after their respective parties have selected their candidates for the upcoming Syracuse Mayoral elections. The city’s Democratic Wards selected Joe Nicoletti as their standard bearer, if history teaches us anything about the Democratic Party in Syracuse, there will be a primary for the office of Mayor. City Auditor, Marty Masterpole has announced his primary challenge and the Greens are running Howie Hawkins who said, “Syracuse city government has been in a reactive mode for too long. Instead of its own initiatives to set its own direction, it has been reacting to crises and the actions of others. As a result, the city suffers from persistent and growing problems”. 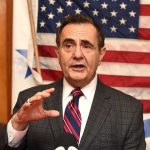 Alfonzo Davis has a solid following after running respectably in the last battle for Mayor of Syracuse. Political newcomer, Juanita Perez Williams campaigned ferociously during the weeks leading up to the party’s selection. After not gaining support of the Democratic Party Committee members, Williams swiftly announced her challenge and backed it up with a plan that she’d implement if elected mayor. Williams’s campaign signs popping up were the first signs of our urban spring. 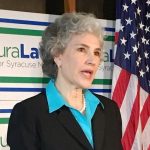 Republicans picked retiring Lafayette School Superintendent, Laura Lavine to run for mayor in a city which, in this anti-Trump, anti- Republican environment could be problematic. Republican Party Chairman, Tom Daddy’s early political embrace of Donald Trump harms any Republican’s chance of becoming mayor. There may be 4 candidates on the ballot this fall, with this many choices and a fractured democratic base, a republican could squeeze in and win. 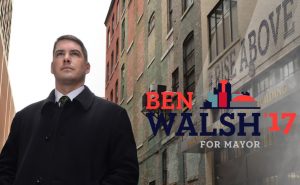 Perhaps the biggest surprise of this mayoral election is the candidacy of former city deputy commissioner for neighborhood and business development, Ben Walsh. Ben Walsh is shedding his families traditional Republican Party to go it alone as an independent. Usually independent candidates don’t stand a chance in our two party configurations. However, with name recognition and a hefty war chest, Ben Walsh could do the unimaginable; become Mayor without the blessings of the two major party lines. 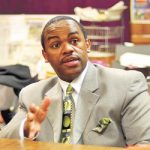 There are so many variables in Syracuse’s 2017 race for mayor. The Progressive coalitions’ awakening is happening on the heels of the unexpected defeat of Hillary Clinton, Donald Trump’s polices and ongoing protests targeting Congressman Katko (R-24) regarding health care. The political energy is surging throughout this community the question is, can this volcanic activity be tapped by local candidates? 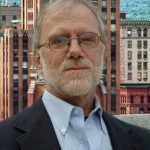 Local Progressives may not wait until 2018 to unleash this pent up political strength, laced with anger. Consider the environment; local Progressive groups like the CNY Solidarity Coalition are stocked with a renewable fuel source, in the name of Donald Trump as he fumbles his way through the Presidency.

Can Progressive’s energy now aimed at Congressman Katko translate into local political change? That electoral wrath may appear at our local Election Polling places this fall. The mayoral candidate successfully tapping into that energy will become, the next Mayor of Syracuse, NY.