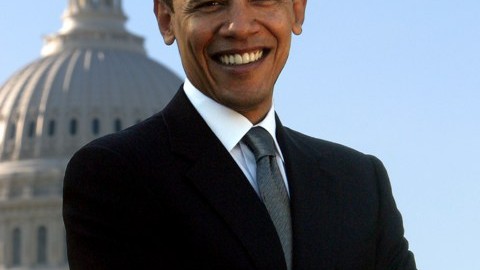 From Joe Scarborough of MSNBC’s Morning Joe who lamented, “He’s done nothing to deserve this” to Fox News personalities chortling that “he’s done nothing and the Nobel committee loves rewarding people who hate America,” there has been the rush to judgment to tarnish this prestigious award.

Both cable news outlets also criticized Jimmy Carter’s selection, and also Al Gore and his recognition several years ago for causing the world to focus on “Global Warming.” A former Reagan aid, perhaps out of jealousy, complained that Ronald Reagan should have received recognition for single handedly bringing an end to the Cold War.

What these pundits failed to recognize is that Jimmy Carter brokered an agreement that brought about a monumental peace accord between Israel and Egypt, which ultimately caused the assassination of Anwar Sadat. Egypt and Israel are at peace with each other something pundits especially conservatives refuse to admit.

In the case of Barack Obama, consider that nine months ago America was hated by large portions of the world. George W. Bush’s cowboy diplomacy succeeded in alienating both allies and adversaries by his handling of the misguided “War on Terror.” Sanctioned torture, an assault on human and civil rights, caused many to distrust our nation and its policies.

Personalities on Fox and MSNBC also opined that Obama’s actions have only consisted of “just words” and echoed what some European leaders have voiced about the vagueness of President Obama’s stance on international issues.

These news outlets failed to inform their viewers that America is again being respected in the world. In just nine short months, President Obama has cancelled expensive missile systems planned by the Bush Administration that would have destabilized Europe by constructing a so-called defense shield using former Soviet Union nations as locations for these missiles. These actions only resulted in the Soviet Union ramping up its defense spending and threatening to ignite a new and improved Cold War.

His goal of isolating Iran and using the global community to deal with the proliferation of Nuclear weapons, stepping away from the rhetoric that caused the United States to go from having the world in our corner immediately after 911 to being despised by the year 2008.

The Presidents allies struck back as the State Department said shortly after the right-wing criticism was leveled at the White House, “It’s better to have accolades tossed at you than shoes”.

Yes, President Barack Obama deserved the Nobel Prize for Peace. Divisive partisan politicians have made their attempt to destroy the Obama Presidency a sport. Wishing an American President failure can be as damaging as a terrorist bomb. And sadly, these terrorists are Americans.