South Avenue Study is an example of Neighborhood Economic Development, Ignored in favor of Zombie Film Hubs and projects that generate no jobs in the areas poorest communities.

South Avenue is a 30 year overnight success. Once a thriving neighborhood with the essentials: grocery stores and amenities that mirrored every Syracuse neighborhood’s commercial district.  South Avenue experienced a notable fall as residents fled in search of safer and better neighborhoods. Homes that once stood proudly were hunched over in abandoned disrepair. Grocery stores that once dotted the landscaped closed one by one, until all that was left were a handful of corner stores. The quaint movie theater that hosted family films became a neighborhood based, X-rated movie venue.

Southwest Community Center was established as a neighborhood center but also served as a lifeline in the early days. The center was the only place in the area that offered recreational and community specific programs including; feeding the areas elderly population and giving them a place to hangout among friends. There were no Family Services agencies or health centers to provide much needed information and referrals. To put it bluntly, the area had bottomed out. So the center provided community life support.

Jubilee Homes of Syracuse became a force when members of the faith community led by Rev. Larry Howard thought of the concept of building homes in the area recently torn down by bulldozers.

The Jubilee Homes project began, and over the next 2 decades the organization, with the help of partners rebuilt a neighborhood from scratch.

Once over 90 homes were either built new or renovated, commercial activity stabilized and then came expansion when Rite Aid built a large store anchoring the once thriving business district. 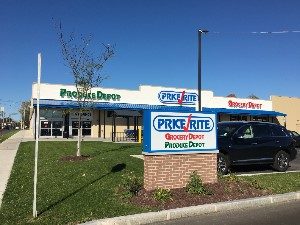 And yet, an area that has an energized base of resident homeowners, and an organization that’s providing a conduit for neighborhood concerns, hopes and aspirations; had to beg 10 years for funding to attract the investment of New York State. A paltry 1.2 million was New York State’s contribution to the Price Rite grocery store project which leveraged 2.5 million from the corporation to invest in a building that is owned by Jubilee Homes. Jubilee will receive annual payments from Price Rite for at least a decade. Pathfinder bank will soon open a branch on South Avenue, another sign of life in a neighborhood that has more than once, been given its last rites. 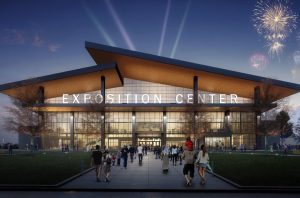 Exposition Center soon to open at the NYS Fairgrounds

If we can drop tens of millions of dollars of money on large projects that create few jobs, why not invest in our urban core? The state’s investment created 100 jobs in a neighborhood where employment is sorely needed. An investment of 1.2 million leveraged 100 jobs, just imagine if we invested as much in our poorest Census Tracts?  We’re investing billions in projects that are not delivering dividends to the urban core of Syracuse.  Being a city that’s nationally recognized as having one of the largest concentrations of poverty among African Americans, you’d think economic development agencies would be tripping over themselves to fund the South Avenue Corridor Study’s recommendations.

We’ll soon find out if the study will remain on the shelf as did the Edge Study of South Salina Street. Or, will this ambitious plan be embraced and fully funded.  It took 10 years for the state to stingily release a paltry 1.2 million dollars for a grocery store project. Now there’s a workable feasibility study, let’s hope that New York State doesn’t wait another decade to properly fund an economic development initiative in a neighborhood that’s rising like a phoenix from the ashes of urban decay.  (see related City of Syracuse releases South Avenue Economic Development Feasibility Study)