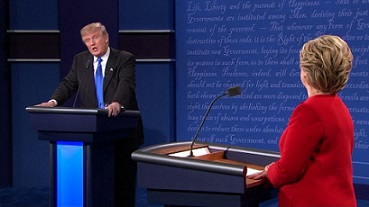 I’ve heard people say that they aren’t happy with the candidates that are running in this year’s Presidential Campaign. It’s clear that there’s a large portion of the electorate that dislike Democratic Party’s nominee, former Secretary of State Hillary Clinton.  On the other side there’s outright disdain towards the shockingly, unapologetic, Republican Party’s nominee, Donald Trump.

Trump’s mouth throughout the campaign has been vicious, attacking Mexican Immigrants, calling women pigs, disparaging a Hispanic judge who’s presiding over a legal matter.  I could spend the entire column listing the vile things he’s said about people, including Tweeting inaccurate information about Black males and crime.

Mrs. Clinton is seen by some as a person who’s not telling the truth, it comes from years of being dumped on publically by the Republican Party.  Republicans have painted a picture of Clinton based on the loss of Emails and their obsession with casting blame on Clinton for the death of our Ambassador and others in Libya. To the extent of parsing words released by the Obama Administration during the chaotic hours that followed. Hearing after hearing, at the end it just proved that Mrs. Clinton can handle being grilled for 11 hours in front of a Republican led interrogation. 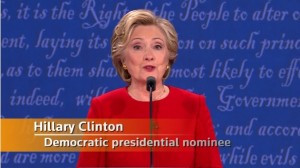 Watching Donald Trump during the course of the campaign is like watching a political action drama complete with attitudes not seen publically since the days of Alabama’s Gov. George Wallace blocking the doors of a school to prevent desegregation.

His patronizing attitude towards African Americans culminating in a speech that implied African -Americans would support his polices given that, as Mr. Trump puts it, “African American communities are in their worst shape ‘ever. What have you got to lose?” 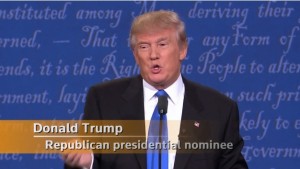 The reason to vote, for African Americans could never have been so clear. Donald Trump has stated he believes in stop and frisk, which disproportionately targets African American males.

His late night tweets stating that Black men are responsible for crimes with Trump using inaccurate statistics to prop up his lies.

Donald Trump said that he believes 95% of black voters will vote for him after one term in office because his presidency would be so good for communities of color. He’s polling at around 1-2% among potential voters of color, therefore his proclamation was nothing short of stunning.

The reasons for voting have never been clearer.  If Donald Trump becomes President of the United States we are in dire straits. This man, who’s attracted every white supremacist group including David Duke and the Ku Klux Klan, will be in charge of the wealthiest nation on earth.

Republicans are going to destroy Obamacare, a health insurance program that’s responsible for lowering the number of African Americans who are uninsured. They’re also targeting the reduction in spending on “entitlement programs” Food Stamps, Medicaid, and housing assistance; the stakes have never been higher.

If he loses, it will be a repudiation of the antics that tear Americans apart. Dr. King prophesying about the future of voting proclaimed, “The difference in close elections will be the Black vote”.  That’s why in 38 states there’s a concerted effort to disenfranchise African American voters. 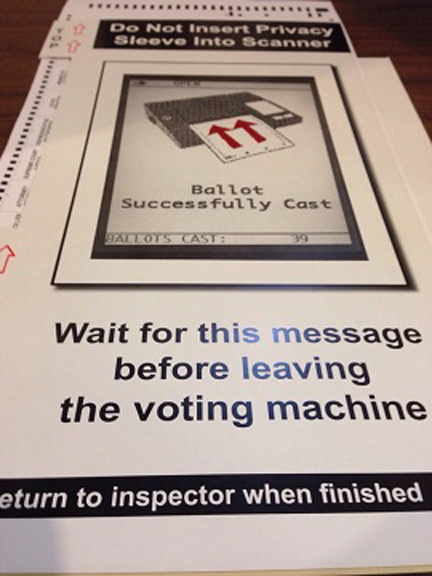 The Trump people are even suggesting that Poll Watchers monitor urban areas to discourage voter fraud. Note that there hasn’t been any proof that there’s a problem with voter fraud, out of the millions of votes cast. There’s never been proof of widespread voter fraud.  This becomes classic voter intimidation designed to keep African Americans from voting. Trump supporters will appear at the polls, asking Black voters for their Identification, in rural areas even law enforcement can join in, imposing obstacles, even questioning a person’s right to vote.

Under this kind of assault it’s our responsibility to show up on Election Day; fulfilling Dr. Kings forecast that our power would only grow as we vote in larger numbers. In 2012, the African American community voted in larger percentages than the white population. That’s enough to scare anyone that’s a Trump supporter.