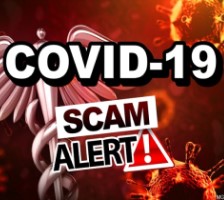 Washington, DC— U.S. Rep. John Katko (R, NY-24) announced introduction of the Edith Shorougian Senior Victims of Fraud Compensation Act, bipartisan legislation that will help elderly victims of financial scams recoup their losses by expanding and increasing access to the Crime Victims Fund. The bill is named in honor of Edith Shorougian, who lost over $80,000 in retirement savings after being scammed by a financial planner and comes as local seniors experience an uptick in scams related to the COVID-19 pandemic. Rep. Katko introduced this measure alongside U.S. Reps. Suzanne Bonamici (D, OR-1), Peter King (R, NY-2), Ayanna Pressley (D, MA-8), and Elise Stefanik (R, NY-21).

Currently, the Crime Victims Fund reimburses states for up to 60% of the cost for state victim compensation and assistance programs, allowing elderly victims of scams to seek reprisal for medical bills, lost wages, funeral and burial costs. The Edith Shorougian Senior Victims of Fraud Compensation Act would expand allowable expenses to property, including money, lost by elderly victims of financial fraud, abuse, or exploitation. The bill would also increase funding for the Crime Victims Funds by allowing payments from Deferred and Non-Prosecution Agreements to be deposited into the fund. By taking these steps, the Crime Victims Fund will be more accessible to senior fraud victims and ensure the Fund has the resources necessary to continue operations.

“Scammers have used the COVID-19 pandemic to exploit seniors in Central New York and communities across the nation,” said Rep. Katko. “We need to protect seniors from these opportunistic criminals and I am pleased to join Republicans and Democrats in introducing the Edith Shorougian Senior Victims of Fraud Compensation Act. Our bill incentivizes states to reimburse seniors who have been victims of fraud through the Crime Victims Fund, a program created by the Department of Justice that operates on fines and penalties from federal criminal convictions. By taking this step, we will ensure seniors who have fallen victim to scams have the means to seek reprisal.”