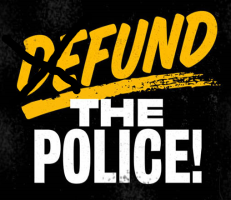 New Neighborhood Safety Initiative to Unite Community Leaders, Advocate for Police Reform, and Push Back Against “Defund The Police” Movement

Washington, DC – On Friday, January 29, The Woodson Center will host a virtual press conference to launch a new anti-violence initiative, called Voices of Black Mothers United, to honor the lives of children murdered by neighborhood violence and help create safer communities for everyone.

The initiative is led by African-American mothers of murdered children, and its mission is to bring together law enforcement and community partners to support solutions to senseless violence, while pushing back against the “defund the police” movement. The community-based program will assist individuals and organizations in the areas of family advocacy, community intervention, and positive policing.   Syracuse advocate Mary Nelson has stated that she will be their local New York State representative.

About The Woodson Center: Led by former civil rights activist Bob Woodson, the Woodson Center has worked for three decades to empower indigenous leaders in troubled neighborhoods to address problems of their communities through innovative initiatives that increase public safety, spur upward mobility, and inspire racial unity in America. Learn more at www.WoodsonCenter.org