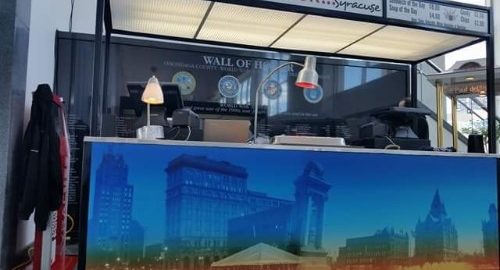 It has been brought to our attention that the World War II Minority War Memorial has been defaced by placing a vending operation in front of the names. This monument memorializes local minorities who served in several armed conflicts. There are names of those who served along with the branch of armed forced they belonged.

People who frequent the facility have complained to the building’s management. Nothing has been done to move the vendors from their spot directly in front of the names on the Memorial Wall.

We call on Onondaga County Executive Joanie Mahoney to take immediate action to rectify this blatant display of disrespect to those minority Veterans who served this country.

This should never have been allowed, and it must not be allowed to continue. The vendor must be relocated.

Update: The vendor display has been removed from the location (see picture above) obscuring the Wall of Honor. The Onondaga County Executive’s Office confirmed the removal  late afternoon on Friday, March 23rd. Immediate action was taken. However, Veteran Groups have reportedly been concerned with the operation of the facility by SMG- an outside vendor chosen to operate the OnCenter/War Memorial Complex. 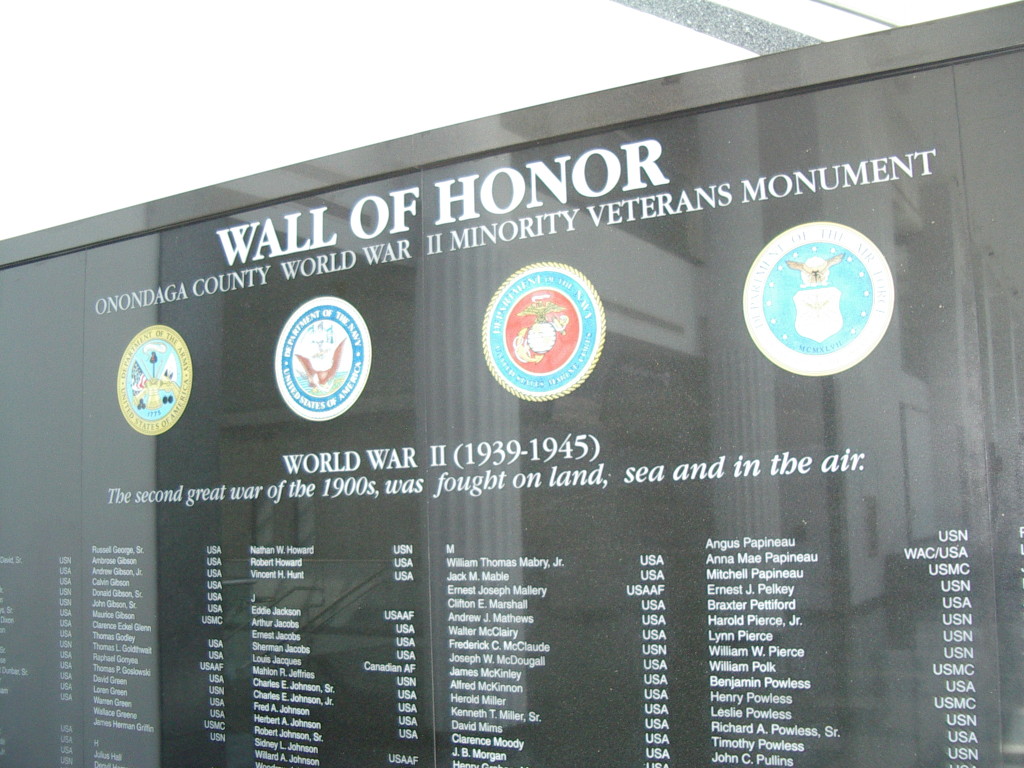