The 2020 Presidential Election was the largest unscripted reality program in infotainment history, with close to 150 million judges. After years of primaries, debates, debacles and disdain the judges, the American people made the decision to terminate their agreement with the 45th President of the United States Donald J. Trump.

We were warned prior to Election Day that this would not be an election that we’re used to viewing as votes are being tabulated. People are used to knowing who emerges as winner on Election Night or shortly thereafter. Not this election. Election Day stretched into election week as we experienced a dramatic increase in mail-in voting due to covid-19. 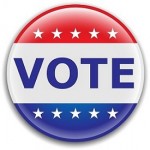 The Pennsylvania Republican controlled State Legislature mandated that mail-in ballots could not be tabulated until after regular ballots were completed. This caused a bottleneck that made it appear as though Trump won on election Day. However, as mail-in votes were tabulated, it became increasingly clear as urban areas continued reporting, Trump would lose Pennsylvania. Biden went on to win Pennsylvania, with Nevada being called on Saturday night.

It took 3 days to count the mail-in ballots and tension grew as there were still outstanding races in Arizona, Georgia, North Carolina, Alaska and Pennsylvania. Networks declared Joe Biden the winner and when the Keystone state was “called” celebrations began.  Across the country there were spontaneous celebrations as people poured out into the streets.

Biden’s win was a rejection of Donald Trump’s “divisive” leadership. He cobbed together a broad coalition that propelled the ticket to victory.

Kamala Harris makes history by being the first African-American, a woman of Southeast Asian decent to become  Vice President. Harris wore white in honor of Woman’s Suffrage Movement as this was also the 100-year anniversary of the XX Amendment, giving women the right to vote. “You chose hope and unity, decency, science and, yes, truth…” stated Harris in her introduction of President Elect Biden to the podium.

Biden, gave a speech that was basically an affirmation of points made throughout his seemingly quixotic campaign. What did stand out was his acknowledgement of the African American vote,  “I’m proud of the coalition we put together… Especially those moments — and especially those moments when this campaign was at its lowest ebb, the African American community stood up again for me.”